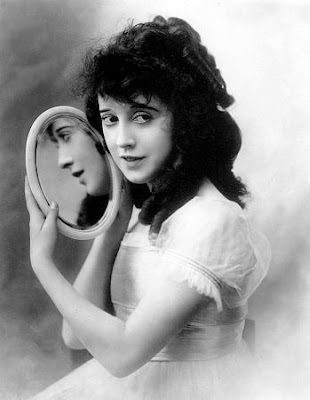 When I find myself complaining about other people, I'm always "encouraged"
to take a good hard look at myself.
****
I had to run an errand today and as I was putting some things into my car  a man who had parked next to me decided to leave, I said to him, "I hope I'm not in your way." and he said, "No, your fine." then he proceeded to back up while I stood right next to his truck with only a few inches to spare. I thought well maybe he'll wait until I move my cart but he didn't , so  I hurriedly shoved the shopping cart into my car and I rammed my side mirror to get out of his way. I was worried about my cart damaging his truck but as for my car "Christine" I couldn't have cared less.  I  was shocked at  how rude he was and how he couldn't have cared less for my personal safety even though I had been concerned about his truck and for  being in his way. A little  later on when I was in a different parking lot a woman had drove past me and again she also just missed me, so I began to wonder what my problem was and why I couldn't seem to get out of other peoples way but what I mostly thought about  were the times when I was unconcerned for other people, or when I had been rude to them, or even the times when I really didn't even give a crap about how other people might have felt. I'm  sorry God for  the people who I've hurt in this life - you know the people who you continue to show to me while I'm complaining about others and all while I'm minding my own business. (hahaha) I  also feel bad for the people who are so wrapped up within themselves that no one else even seems to matter to them.
I need to stop idolizing people because they're  a continual disappointment.
I'm expecting to much from people and I expect for them to be greater people than they really are
but they aren't and neither am I.
Posted by belinda at 1:47 PM

"I'm expecting to much from people and I expect for them to be greater people than they really are
but they aren't and neither am I."
That says a mouthful! We need to quit putting people on pedestals, it doesn't do them or us any good.

But Melody, I think your wonderful and you have been so kind and supportive to me and my blog- which is an extension of myself. (Now how's that for peer pressure?)hahaha

If you tried to run over me with your SUV I would be heartbroken. I would think you were rude and perhaps you don't really give a crap about me. I would be so disappointed in you as I've grown to expect more from you.

I have pretty much the same feelings towards everybody and I always have. I have trouble taking people as they are - warts and all. I think you don't really have to live with warts - you can be better! And when they're not, I can't even understand it.

Perhaps this too is part of my emotional immaturity - as I'm very idealistic.

Thanks for the kind words, Belinda. LOL, yes, positive peer pressure! (You wouldn't want to be around one of my cranky moods, my family could tell you about that!)
You're not emotionally immature, you just want people to be the best they can be. And that's a good thing.