Here's what I wrote to the  Face Book  creeper who posted on my 27 year old daughter's  page in a lame attempt to um... date.
Yeah, so she's 27 and 6 states away ( - give or take)  but  I'll always do what I can to help, support and protect her. In other words, I will never stop being her mother.
The post read as follows.....
"Ibrah M Wanjohi " is on casual dating and wants to chat with you - Live chat now!
No credit cards required. upfront.
(Below are the words used for  Mr.Wanjohi's FB avatar photo.)

I said to Mr. Don Wan  in reply...........
I'm her mother and I say she doesn't wanna chat so you can take your
casual syphilitic self and beat it. Besides there are primary vectors on every street corner in L.A. so to actually seek you out would not only be a waste of time but it wouldn't be very cost effective either. In short - kinda dumb. 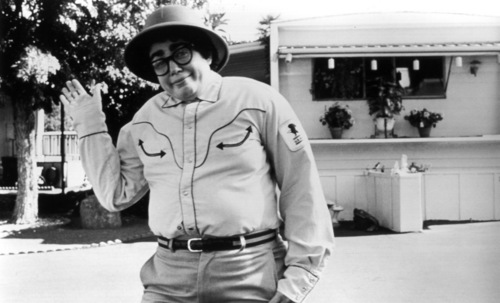 You know for something which is so highly prized by men, some fellas aren't working very hard to get it. Some of you guys can't even seem to pretend to woo a woman with your manners, kindness or your absent intellect anymore as you've abandoned the charming lies -once a staple of modern dating while opting for the "Hugh Hefner" straight forward "Hook-up" approach- which by the way wont be working for Hef much longer either  but don't think for a moment that Hugh won't still be having sex in the nether world because he will be, the demons are gonna have a hay day with that man  -and for all of eternity.
*****
Ladies, if a man is unwilling to pay a prostitute to do what you can do for him for free then perhaps you should reconsider. Think about it - doesn't that  make you cheaper than a......
- I can't even finish that sentence.
*BTW - That's my real face book avatar.
Posted by belinda at 8:43 AM

Labels: Halloween, I age disproportionately faster than you cause I have more kids., I've been in a bad mood since 1968, The magic and awe of a Vulcan nerve pinch

I can't believe girls would even fall for that sort of shmuck.

Good for you Belinda for telling it like it is and should be!

I wonder--how does a guy get to that point? I have a past, but at least, I hit on girls I liked and had met!

The world gets weirder as i get older.

Thanks Lola, I liked your post on NDE's yesterday. I actually believe most of those stories because peoples desire to be loved and accepted is so strong that I think that most people wouldn't want to risk losing that love and acceptance along with their reputations for a moment of attention.

It's kind of a twisted attention anyway because it's attention garnered from something that had happened to us and not by something which we had accomplished with our talents.

It's really hard to tell these kind of stories because even the people who love me scoff and make fun of me. It really hurts. I told them of an event that happened last month which kept me up from fright for about four hours. They scoffed.
So naturally I'm hesitant to say anymore about it.

I often think Satan and his accomplices come to those who are small, retarded, mentally ill etc.. because who would believe them since they lack respect from their peers and have no social standing and they're such an easy target but then again, Satan has no honor.

******
Red, This is how far we've fallen. We now have direct begging for sex on the Internet and with no strings attached. I wonder how many children this behavior is producing?
In our day preditators would have had to use the telephone then we would have called the police.

This is Satan's goal. Cheap, easy sex for all, using birth control that fails and advocating abortion because every tiny baby suctioned out of the mothers womb injures Jesus.