Grace sends me these kind of e-mails at least twice a week. 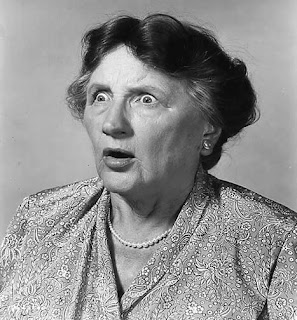 -Grace.......Mom, can I go on a retreat and visit these nuns?
http://www.benedictinesofmary.org/
here is a blog with pictures of them
http://kansascatholic.blogspot.com/2010/05/benedictines-of-mary-queen-of-apostles.html
i love you.  I'll e-mail you again in 5 minutes.

Labels: Fall into Christ, Gag me with the new Catholic Hymnal, I age disproportionately faster than you cause I have more kids., I've been in a bad mood since 1968

A very beautiful order of nuns. She could do worse.

Wipe your tears. You'll still have plenty of grandchildren and a kid who will devote her life to praying all of you into heaven.

P.S. I wanted to be a nun when I was a bit younger than her. Good thing I outgrew that little idea. I would have made a really terrible nun.

Hmmmmmmm - I meant plenty of grandkids from the other kids...

My friend used to be there - best year of her life, she said. But was not called to it beyond that.

A retreat isn't a commmittment: it's a retreat.


Adoro, That simple retreat will turn into a lifetime. She's speaking in the past tense as she says's her school will have produced two nuns.

Grace is partially gone in her head as she drifts and day dreams about it, though she physically remains with us.

I don't know if I made any sense, I've got a killer migraine - your welcome Charlie Sheen. :1

Charlie will thank you one day...

Just like my darling Tom Cruise will thank me... :)

Wait. Grace can't be a nun because you want her to date Charlie Sheen? Or she should be a nun to avoid him?

Grace- "Because that's how I think I could become holy. I think it would make me happy and I don't think I would be happy anywhere else. The real world sucks."


******
As for me, I don't care for Charlie Sheen or actors in general but I can't stand the thought one more soul in hell. It breaks my heart.

I pray that Charlie can find a priest, a physician and a psychiatrist who can lead him to Christ and P.D.Q.

Charlie and Grace have nothing in common except that I pray for both of them.

If that's truly her response, she's not ready...but she'll learn that in a heartbeat.

The convent IS the real world and it sucks inside, too. Sin doesn't dissipate within the walls of the cloister: it just gets a lot more intense. The nature of the sin may change, the types of sin...but she will be scandalized by the imperfection of the nuns inside if she thinks they are perfect.

(They don't claim to be perfect, either0.

However...she's on the right track; if that's where God is calling her, yes, it is her path to holiness and where she would be most happy. When she's ready.

But...the cloister isn't an escape from the world.

Adoro, I couldn't agree with you more. I will have her read your response.

Belinda ~ if it would help, and if she has questions, I can put her in touch with my friend who was there, specifically with that monastery, for a year. My friend left of her own volition and remains in contact, loves them dearly - so she will be honest about it.

If you want me to speak to her, too, although I have only done retreats, I can also speak to some things so you can also give her my email if she has questions on the retreat end of things. I will keep anything she asks confidential (in other words...I wont't tell YOU as her mother - again, no offense. But she has to be in a place where she can feel free to speak. That means you have to trust me, too...or anyone you send her to for Discernment.)

Prayers for you and her and all!

Thank you Adoro, Grace has to finish high school first and I wanna see some college under her belt.

It's like this, I wouldn't support her if she wanted to go off and get married at 17 so she's not going to the convent just yet either. It's like you wrote earlier, she's immature and these things take time.

Though, I'm not one of those moms who will try to prevent it when it does happen.