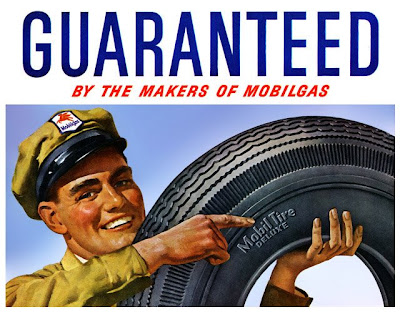 He asked me what kind of a car I drove, and he needed the key.I hesitated for a long pause because I didn't know what kind of car it is. Oh I know it's a grey piece of crap , that matches every parking lot across America which makes it "Camo" colored within a sea of cars, but I always try to only drive during the "light"(opposite of a vampires hours) - I panic when I think that I might not be able to find her at night so I just don't drive at night. Tim the tire manager laughed at me, but I had the last laugh because "Christine"- that's what I call her, (you know after the Steven King movie) her alarm always goes off. You see you can only unlock her from the front passenger side door or her alarm blows. He opened the wrong door - he was trying to drive her into the tire bay to fix her. I thought to myself as I ran out of the front door to silence her "Christine is such a #itch". You know with a "W" not with the "B". Christine makes creepy nice sounds while I drive. Once she made a lovely soft "Ping" , "Ping" sound for several miles before I figured out that it meant that someones door wasn't shut properly. She makes another soft ping , ping sound when I am about to run out of gas, and yet another annoying sound for when the washer fluid is empty. Always confusing us because when she "pings" we don't know what her issue is. We have to figure it out. Once when Maria was in the car I locked the doors , and ran to pay for gas, (Maria is 12) Christine started blaring because Maria opened a locked door . I said to Maria, "you should have done what you were told, to be safe ", don't tick Christine off, I told you to stay in the car. Christine is freaky, we never know what she will do next. We can count on her to keep our children safely locked in the car -for a moment, during acceptable weather. I hate it when "Christine" looses her belts, that sometimes happens when I drive through puddles. She also blows hot air up our noses when the heater is on. A manufacturing defect I presume. I know what the make of my vehicle is now "Christine's" - a mini-van. Maybe I should give her a more respectable name . It sounds like she's been helping us all along.
*Disclaimer- Christine is a silly name for a car, and all of the "Christine's" that I have ever met have all been lovely women. Not a mutant one in the bunch.
Posted by belinda at 9:51 PM

Labels: Fun time, Paul suffers., Your not that funny

I understand about "Christine" cars. We've had a few. That's a good name for them.
Then there's the "two rosary cars".
That's the old heaps of junk that kids get for their first cars, because that's all they can afford. The two rosaries refer to the rosary that their mothers say for them to get to their destination safely, and the one they say to get them back home in one piece.

Funny.
We often use holy water on them.

My next car will be orange. That hot GM orange so I won't lose my car ever again in the parking lot.

(I HAVE to park in the same location at the store. This has helped me so much. I nearly never "lose" my car unless I park in the first available spot rather than the same general area, such as on the left near the side, or next to the "garden center" at those 'super-stores' like Target or Wally World.)

I hope your next 'Chritine' has fewer quirks but is also supper reliable.