(Diary 836).  “O most sweet Jesus who, in Your incomprehensible kindness, have deigned to unite my wretched heart to Your most merciful Heart, it is with Your own Heart that I glorify God, our Father, as no soul has ever glorified Him before.” - Sister Faustina

Our daughter Ana came home wearing a cool pair of torn but modest jeans and so Kate  begged me to take her to the mall to  buy a pair for her as well. Ana tried to explain to Kate that there weren't any left at the store in her size  but  I took Kate to the mall  anyway where she found a bag of clothing that was modest, fit properly and wasn't too expensive. I feel bad though because during our trip  I lost my temper with her because she didn't do what I had told her to do - and more than once. When we got back into the car I said, Kate your so blessed to have found some things because Ana said there wasn't anything left and Kate replied, "Well I asked St. Jude to help me." I said, "That's awesome, I thought St. Jude only worked with cancer patients but now I know he does laundry as well."
Naturally when I arrived home  my Maria said, "Those jeans are cool, do you think they have any more in my size?  I said probably not but I took her back to the mall anyway and as I shopped I felt nothing but remorse for previously having lost my temper near the spot where I was standing but just then  a  beautiful little boy about 6 or 7 years old came up to me and he wrapped his arms around my waist and hugged me for a long moment. I hugged him back and held his head between my hands and thought, "Children don't voluntarily hug evil people", "Children hug people who they believe to be good or people who they feel comfortable around or who they have some sort of affection for and for some reason unknown to me this boy hugged me." "Maybe I'm not as bad as I think I am." I felt as though  the Christ child had forgiven me at that moment only I needed go to confession to make it a done deal. Which I have since done. 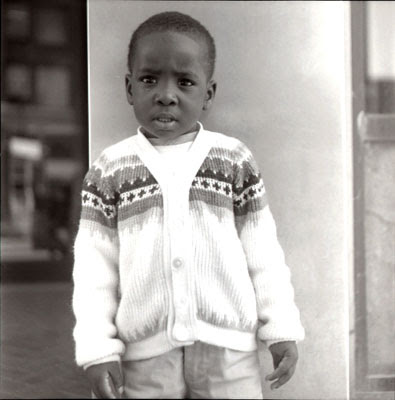 I hate sin, I hate that I participate in sin.  I think, "Only one more cookie, only one bad word, only one rude comment because after all I'm tired and it's been a long day - there's always an excuse.  I've gossiped today so whats the harm in gossiping some more because I'm already in trouble but this downward spiral of sin continues  until I've allowed myself to become completely ensnared by it but nobody made me do these things, these sins were done by an act of my own will and then when I've fallen hopeless down that slippery slope, I've fallen so far that I can't get back up on my own and yet the root cause is and always has been  because somewhere along the line I put myself first.
*****
Though I've gone to weekly confession I feel it's getting harder to go which I don't understand. The reality is that I have to actually "fix" the things I habitually confess each week but I feel helpless to correct these behaviors. It hurts so much to let them go and actually die to myself.
I wonder if St.Jude prays for repentant sinners too, I don't need any cool ripped  jeans.
*Thanks Kathy D. for the Faustina diary quote of the day. I enjoy them very much.
Posted by belinda at 11:53 PM

Labels: "Crazy"- isn't a new idea, Do you have battle fatigue you appear to be losing., I can't go to hell when I die because I have a lot of potential, It's just not that complicated.

I have promised someone that is working hard in the vineyard of our Divine Master that I would beg for prayers on his behalf.

Naming him could be harmful.

Please include this Faithful Servant as deep in your prayers as our Mother keeps him in the fold of her mantle.

I need to add this quote to my sidebar.

I always say after going to confession that I am going to do this more often but never do. It usually take me loosing patience big time with the children and I think I need the grace again.

Oy, you are a brave, brave soul to hit the mall shopping with multiple daughters.
The mall is a spiritual minefield for me. I never fail to become churlish and judgmental in malls, and I ruin the experience for whomever I have accompanied. Nowadays, this is usually my husband, who loves the excitement of being in a crowd.
Something to work on in the New Year, obviously.
Thank you for this post.

I kind of know what you are feeling, I think. I go to confession regularly, but right now I'm feeling like it's just the same *stuff* over and over again. The surrender, the dying to self - it's not happening...or it's a work in progress if it's happening at all. There's a feeling that I will never get where I want to be.

Karen, I will never be at the spiritual level I think I should be but I keep running the race anyway. I get tired of screwing up before I get to the finish line.

Sometimes though I consider how far I've come and that I not the same person that I use to be.

Even so.. I'm still super excited when other people win this race. It's not all about me.