I am starting to get excited!! You know what that means don't you? 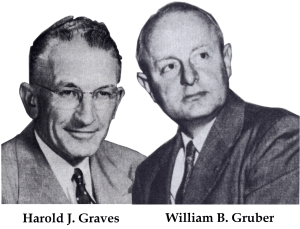 IT'S VIEWMASTER TIME!! -From the fine folks at "Wikipedia"
In 1911, Sawyer's Photo Services began his "photo" operations ,and in 1926, Harold Graves joined Sawyer's and was responsible for Sawyer's producing photographic postcards and album sets as souvenirs. Later, photographic greeting cards sold to major department stores, were added to the products Sawyer's produced.
William Gruber, an organ maker and avid photographer, lived in Portland, Oregon. While on vacation he met Harold Graves of Sawyer's. Both Graves and Gruber had developed devices for viewing stereo images. Gruber had the idea of updating the old-fashioned stereoscope by using the new Kodachrome 16mm color film that had recently become available.
Shortly thereafter, in 1939, Gruber and Graves formed a partnership which led to the retail sales of View-Master viewers and reels. Within a very short time, the View-Master quickly took over the postcard business at Sawyer's.
In late 1939, the View-Master was introduced at the New York World's Fair .It was intended as an alternative to the scenic postcard, and was originally sold at photography shops, stationery stores and scenic attraction gift shops. The main subjects of View-Master reels were Carlsbad Caverns and the Grand Canyon.
In the 1940s, the U.S. military recognized the potential for using View-Master products for personnel training, purchasing 100,000 viewers and nearly six million reels between 1942 and the end of World War II in 1945.
In 1951, Sawyer's purchased Tru-Vue, the main competitor of View-Master. In addition to eliminating their main rival, the takeover also gave Sawyer's Tru-Vue's licensing rights to Walt Disney Studios. Sawyer's capitalized on the opportunity and produced numerous reels featuring Disney characters. The takeover would payoff further with reels of the newly opened Disneyland in 1955.
In 1952, Sawyer's began its View-Master Personal line, which included a 35 mm camera for its users to make their own View-Master reels. Although at first highly successful, within ten years the line would be discontinued.
In 1966, Sawyer's was acquired by the General Aniline & Film (GAF) Corporation, and became a wholly owned subsidiary. Under GAF's ownership View-Master reels started to feature fewer scenic and more child-friendly subjects, such as toys and cartoons. Several now-classic TV series were also featured on View-Master reels, such as Rowan & Martin's Laugh-In, Star Trek, The Man From U.N.C.L.E., Here's Lucy, and The Beverly Hillbillies. Actor Henry Fonda appeared in a series of TV commercials for the GAF View-Master.In 1976, a red and white View-Master with a blue handle was released to commemorate the United States Bicentennial.
In 1977, GAF switched the film used in View-Masters. GAF had its own line of film and had planned to switch over all View-Master production to it. The film was of poor quality however, and its use meant that images would turn red over time. 1977 has become an important date for collectors of the reels for this reason.
In 1981, GAF sold View-Master to a group headed by Arnold Thaler, head of Ekco Housewares, for $24 million.
In 1984, the Electronic Talking View-Master was introduced.
In 1987, six years later, a thriving View-Master International purchased Ideal Toy Company and became known as View-Master Ideal (VMI).
In the mid-1980s, the toy eventually had a home video label, notable for producing Kidsongs.
In August 1989, the View-Master product line was sold for the third time to Tyco Toys, Inc. of Mt. Laurel, New Jersey, upon its purchase of View-Master Ideal. The View-Master line remained part of Tyco until Tyco’s merger with Mattel, Inc. in 1997.
Shortly after the merger with Mattel, Inc., the View-Master category shifted to Mattel subsidiary Fisher-Price in East Aurora, New York.
In total, there were about 25 different models of viewers and 1.5 billion reels produced. Despite its long history, many model changes and materials used in production, every reel ever made will work in any model ever produced.
View-Master is named as part of the National Toy Hall of Fame of the USA.
*So if there were 1.5 billion reels produced, and I only have about 1,200 . Then there are only about 1 billion 4.9999999 more reels left for me to purchase.
Posted by belinda at 9:40 AM