Each day's a gift. 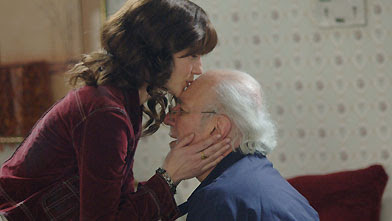 I dreamt I was standing in Washington D.C. in front of the U.S.Capital building
and it was in total ruin.
As I stood in the charred rubble I said to myself, "attitude is everything, start praying"
No anger, no hatred, no self pity, just prayer.
Then at 5am our emergency responder radio started blaring and woke me up.
The dispatcher said, "we have a person who's not breathing and unresponsive.
I began to imagine the horror of the day that that family was having.
Then as I began to pray for these people ,
I realized their world had just came to an end
and they're nightmare had begun....
Dear God , please comfort the broken hearted.

Labels: Life is short-pray hard., Pick up your cross and quit your twitch'in

Belinda, you are a prayer warrior!

Lola your cracking me up.

I USE to be a prayer warrior when I was a Charismatic. I had the gift of discernment and intercessory prayer so I felt that gave me permission to say pretty much anything - God told me ;)

*Disclaimer, I am not mocking the gifts of the Holy Spirit at all, only the the way that I and others interpret those gifts. I am/ was the problem not God. I didn't have discipline or obedience and without those key traits there can be no holiness. You can't save yourself. You have to go through Christ, the sacraments and the church and many Charismatics only look to themselves.


I'm really talking to myself here. I'm not preaching to you. You know this stuff. I have to re-read it on occasion.

I'm still weird but I'm more disciplined. I will still tell you freaky things in person or private but only within reason, but I warn you to take it with a grain of salt, I'm not approved and never will be.

I will tell you the dream I had about you and Miss Melody and the ladies in private. It was unusual because it was about me. It's never about me.