I'm considering stopping the dream posts. I'm not in any way trying to draw attention to myself and they make me uncomfortable. I am concerned that they make me look showy or haughty and I feel a lot of  anxiety about the matter. 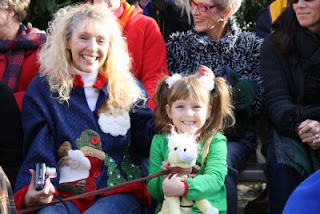 I dreamt of  a blond woman in her late 30's or early 40's who had stolen a baby girl about 8-10 years ago and she had never been caught. She lived in a newer apartment in town next to a wide open field and I watched her go about some tasks around her home. She was getting ready to go out to some sort of a town function or a sporting event. Next I saw her sitting on some bleachers as the little girl ran off to play. The woman sat on the bleacher in front of an official person either he was the mayor or a police officer when he nonchalantly began chatting with her and  he asked her a random question with no real significance when all of a sudden and while she was answering him the Holy Spirit entered into him and told him of what she had done and he knew! It was so cool because as she spoke his face lit up and changed and he knew but she  had no clue that she had just been caught.  I prayed for the child and for the real family of the missing girl.
There are two things I'd like to say here and the first is that when you sin -in private, it really isn't private and God does not respect your privacy when sin  or some sort of  an injustice is involved and you'll  only get by with your sins for so long until justice comes looking for you as it comes for each one of us at some point .

*The above photo is only a facimilile of the woman and child I dreamt of.
Posted by belinda at 6:04 AM

And for what it's worth, I think the reflection on this one is particularly good.

No, please continue posting them.

I've decided that I will continue posting the crazy dream stuff. I've thought about it for the last few days and what I've concluded is it's no big whoop. I'm not going against Catholic teaching or the church in any way. I'm not saying hurtful things about people and I'm not trying to draw attention to myself which is reflected in my blog site meter. hahaha

If people were listening to me then I would back off but I only have about nine regular blog readers - Awesome people too btw. hahaha If anyone in an official capacity tells me to knock it off I would in a heartbeat. I'm an obedient member of the Holy Roman Catholic church.

I love your dream posts.


Thanks Belinda! I feel the same way about my tiny number of readers.

Don't be surprised if one day you are watching the news and one of those people in your dream appears!

Lola wrote-"Don't be surprised if one day you are watching the news and one of those people in your dream appears!"

I don't talk about those dreams. I'm afraid I will get in trouble for knowing information that only the perpetrator's know.

I just do what I'm told and I put myself out there which is embarrassing and I hate attention in real life- blog life too but I love to play and joke around with my blogger friends!

My kid said to me, "I want to die famous". I said I want to die alone and no one notices but I'm afraid that's not how it's gonna end for me. I dream about myself too.