Spray misty for me. 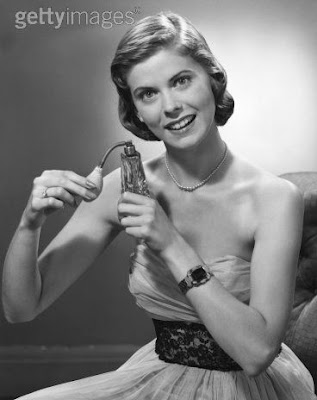 I cringe each and every time
I break the surface tension of the holy water with the tip of my left pinky finger.
The water was cloudy yesterday and speckled with an array of visible floaties,
-suspended cooties you could actually see!
So I propose a solution.
A change.
I know many of our Catholic brethren are willing to embrace change after all, countless Catholics successfully voted to get Obama elected.
I'm counting on the fact that many
Catholics prefer the cafeteria plan over the traditional plan of Catholicism and I could pretty much feed them anything that I could dream up and they would still be on board with my idea!
So here it is,
I would like to have our Eucharistic ministers
(generally female because we know they rule or at least some of them think that they do and on occasions particularly in the summer they're often scantily clad which might help boost attendance.)
greet me at the door (thus replacing our uber friendly door greeters) with a gentle misting of holy water. Perhaps we could have it scented with frankincense or myrrh or maybe even a manly woodsman or cave dweller scent from the Holy Land for the men and maybe a lavender or rose of Sharon scent for the ladies
and as I pass by your mist
( the female mist of course)
I will cross myself and say a sincere act of contrition. I mean sincere too ! I need holy water. If you didn't know, holy water remits venial sins and even though I'm a smart aleck I don't want to go to hell when I die. Seriously, I don't.
I just would rather my obituary not read - death by a cootie.
BTW.. my plan is perfect for the parent who wants verification that their teen had gone to Mass.
We could sniff 'em. There would be no more lame retelling of Fathers homilies for proof.

On second thought let's not mess with a good thing. I'll just bring my own bottle.

You speak rightly that the female eucharistic ministers are often clad in low cut blouses with their bosoms falling out. Not that I am trying to peek but when it is at eye level with the Blessed Sacrament they are distributing they provide a backdrop to the visual field, you see. I want to see the Body of Christ, not theirs hovering in the background.