I was fortunate enough to have been invited to participate in a garage sale with my sweetheart of a neighbor but unfortunately not very much of our stuff sold. I considered the three weeks prior to the sale of cleaning out closets and clearing out only HALF of my garage  and then loading all of the stuff into my "Love Van",  penance for my greed and excess. I loaded about 20-30 apple boxes and some miscellaneous crap treasures only to unload them again at the sale and then after the  first day  I hauled everything to the sellers garage only to haul the stuff back out the next morning Then at noon on Saturday, after our three buyers left I  reload the boxes back into the van only to finally unload them AGAIN at "Goodwill"- in the rain. 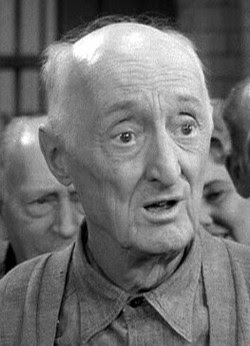 At  Goodwill an elderly man came outside to help me unload my things - he was pushing 90 (Seriously) and I  noticed his left ear was gone and  what was left was a huge crusty black and pink hole that encompassed a good size portion of the left side of his head. It was oozy and all that was left of  an ear dangled by a sinew. I thought to myself, "Geese, I've seen better looking dead people and I wondered to myself as he  began to carry my boxes into the store- and some of which were quite heavy if this wasn't some sort of a "spiritual test" I was participating in  as I was learning about what happens when you've burdened yourself with the stuff that at one time you couldn't imagine living your life without only to find that you tire of it or children grow too big for it and no one else wants your crap treasures either.  As the old man struggled away (Valiantly) processing my things he grabbed a box from my hands only to run his fingers down the entire length of my forearm!  I screamed inside of  my head,"OH, MY JESUS !" Now my left arm -which I happen to be fond of, is going to turn black and fall off or dangle by a sinew as his ear has done. I thought, " I bet that was the very same hand he used to drain that same ear only five  minutes before I got there!"  I prayed Dear God, I like my arm and I find it a handy appendage please let me keep it.  - "This IS a test, I know it!"
I think the man was Christ and here's how I know, let's just look at the facts-
1).............He was faking like he was feeble but in reality he was deceptively (super) strong.
2).............He appeared to have been around since the begining of time.
3).............He was helping me - the poor.
4)............ He wanted to run a cootie check by me and I passed.
5) -          When I spoke to the man (with the utmost respect) I didn't hurl or gag and I think his apprentice who was following his directions was taking notes. - For my future court appearance, in front of the big guy. (You know who!)
6).............He was patient with me.
7).............He appeared as though he had already died once.
8).............He didn't complain about his pain. (If I would'a had a wound like that I would have been in bed and  requesting "Jello" from my blog administrator.)
And Lastly- I'm positive he was Christ because as I pulled out the last box he said some sort of chastising comment about how much stuff I had. (And to think I could of make a joke about your "otolaryngologic manifestations of sarcoidosis", better  known as your  "black -dangling ear!" )

***************
*A note to my children - everything that comes into your home will have to go out -one way or another and it's a bother to get rid of these things, beside mature adults can enjoy and appreciate things and not have to possess them... Think -art galleries.
*If anyone wants to know where Christ works , I can email his address to you. (If you thought that Jesus spends all of his time only in church you would be mistaken.)
*The above photo is of actor Burt Mustin. who looks like my "Goodwill" delivery boy.


Tobit Chapter 12
Verses 14- 22
I was sent to put you to the test. At the same time, however, God commissioned me to heal you and your daughter-in-law Sarah.  I am Raphael, one of the seven angels who enter and serve before the Glory of the Lord."  Stricken with fear, the two men fell to the ground.  But Raphael said to them: "No need to fear; you are safe. Thank God now and forever.  As for me, when I came to you it was not out of any favor on my part, but because it was God's will. So continue to thank him every day; praise him with song.
Even though you watched me eat and drink, I did not really do so; what you were seeing was a vision.
So now get up from the ground and praise God. Behold, I am about to ascend to him who sent me; write down all these things that have happened to you."
Posted by belinda at 6:46 AM

Labels: "Crazy"- isn't a new idea, Dear God get me outta here but pick someone else first, Do you have battle fatigue you appear to be losing., Halloween

Dear Belinda, I think you might have met in person either Jesus, or your Guardian Angel.

Guardian Angels think we're weird. At least mine does.

I had a garage sale a month ago, and even tho we made about $100, it wasn't worth the whining and complaining I had to put up with. From Myself mostly.

oh what a day... We should have gone with you. . . at least then you wouldn't have met the Goodwill man alone...

But Holly, we all have to come to Jesus alone.. hahahaha

Joseph wants to hug your pet fish again. I've never seen a person hug a fish before. I'm sure the fish was thrilled. Oh, wait it only had one functioning brain cell so it probably didn't phase him much..... or the fish. ;)
hahahaha

Lola, thank you dear. I did my personal best. It's all I've got.