A band of vagrants in Prospect park were ticketed after being caught trapping and eating ducks, squirrels, pigeons, opossum, turtles and pink flamingos, all the while mistaking the flamingos for chickens as they chased them around the city's cement pond. The vagrants were also sited for domesticating a rabid raccoon and though their fines totaled more than $2,100 dollars they insisted they were multimillionaires and could easily afford the exorbitant fees. 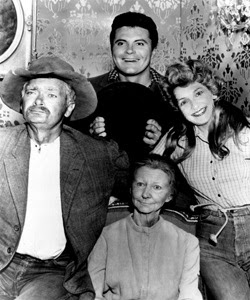 (Chalk one up for the high cost of fine dining at their billy-ard table.)
Personally, I think this would make one terrific reality show!
One of the vagrants swore he was an Oxford man with a third grade education specializing in cyphering and spying.
*Drudge report news
* Vincenzo, from Sancte Pater - photoshop wiz.
Posted by belinda at 8:22 PM

Labels: "Crazy"- isn't a new idea, Do you have battle fatigue you appear to be losing., Hey whatcha doing?, there's one in every family.

Which reminds me: how many of your blog administrator's chickens are still with us?

My activity director bought 28 chicks then one fine morning we found all but four of them dead, so my activity director bought another batch for our sobbing children. There were 26 chicks in the second batch. And again, one fine morning our director went to check on the current batch of chicks and found all but four of them dead with a pile of poo in the middle of the floor laden with a bunch of feathers. Soooo my activity director - being the super tender hearted man that he is, ordered yet another batch of 40 chicks - factoring in a lot of natural death and then he also shot the raccoon that had been sneaking around our chicken house and eating trash, cat food and chickens. Well guess what happened? My son comes crying his little heart out and yelling, my chickens are dead but this time the two of the grown chickens from the first batch are dead as well and so now we have two black chickens left out of 94 and they're too emotionally screwed up to pet as they continually hide in the forest.

Whew, poor girl, I bet your sorry you asked. ;)

Yeah...little chicks are a pain...and sometimes they just die, who knows why...

Find a feed store that sells pullets...they're half grown and the mortality rate is not as bad.

Yeah--keep the raccoons and skunks and stray cats out of your chicken house too :)