My letter of support for Father Brossart who was defending our faith with a few atheists over on Facebook. 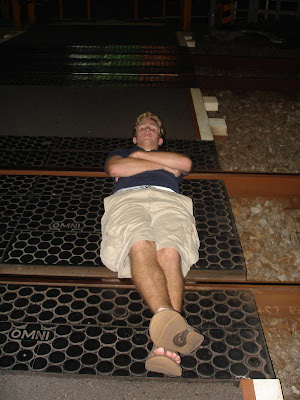 I understand that it is futile to try to convert Atheists . This is the work of God himself. I have found that often times God has revealed himself to me through people who I have had little respect for, or who were of lesser intellect than I . An example would be of lessons learned from a child , or from pagans -meaning lessons from people that lived the kinds of lives that I had no respect for. God has always put me in my place, and those "kinds" of people provided me with my favorite lessons.
That said , I fully expect to learn something from this post. The question for me is not whether or not God exists. That goes without saying - he does. The real question that I have is why the changes? How is it possible for people who find Christ to get off of drugs, quit prostitution, gambling , stealing , gangs, and violence, and all of the many other seemingly impossible scenarios of sin - make changes? What happened to them? Many people who are steeped in sin "change" why is that, and how is that possible? What happens to a heart that encounters Christ? These are real tangible changes. How can you explain them away? These are as real as any of life's experiences can be.
Persecuted Christians are not dying for a "joke" they are not dying for a sweet "fabricated idea". They die of persecution for a reality -a real living God.
If I were to try to explain to you how sex works , you would have the information in your head, but unless you have experienced it , then you really don't know anything about it. If I said that I don't believe in DNA because I don't see it , and I don't feel it, and it hasn't effected my life in any way, then you would think that I was an idiot.

Now tell me who are YOU that the God of all creation should have to answer to you? Were you there when the planets were aligned, or when the seas were formed? Who do you think that you are to question God, and demand answers from him?
Our experiences are real- God has revealed himself to us. Why hasn't he revealed himself to you? What's wrong with you? There are far greater souls that believe in God and possess a greater intellect than you do . How come you don't know this stuff?
Try to tell those people with the near death experiences that God , or Satan for that matter is a joke. Tell the witches , and pagans that God isn't real, they play with demons they know he's real , and what if your wrong? What if God is real , and you have rejected him ? What will become of you?
Your playing a dangerous game of "chicken with a train" ,and this may not end very well for you, we are warning you get to off of the track.
I don't believe people when they tell me that they don't believe in God, I think that they really do , but they are angry with him over an issue of some sort, and that they deny him because they know that real Christians have real life choices to make. Christians can no longer live the same sinful lives that they once had done. Christ calls us to turn our backs away from sin, and sometimes that can be very painful.
Deny, deny , deny, but all the while we shake our heads and are baffled by you, and saddened because we hear the trains whistle , and your still sitting there, and like Satan who knew God yet he only believed , and trusted in himself - he too thought that his intellect alone would save him.
Posted by belinda at 8:40 PM