Insanity is the new normal and you people drive me crazy.
The time flew by as I exercised and watched "Keeping up with the Kardashians" at the gym yesterday. I didn't even notice the pain as I was too busy laughing - and praying for this family. I wanted to share my thoughts from the highlights of the show with my last three readers.
( I lost a follower from Russia this week, perhaps I didn't translate well.)
Okay, so here goes,  Bruce Jenner and the current Mrs. Jenner ( wife # 3 - but this time it means something) are seated at a table and waiting for their youngest daughters Kendall who's 14 years old and  Kylie who's not quite 13 to arrive for dinner but for some strange reason the kids came separately and were late- go figure.  Kylie shows up all busty in a skimpy little dress (insert-"define" dress here) as the little snot-head tries to act all sexy while scarfing down a plate of food like my dog Buster when all of a sudden the man inside of Mr.Jenner begins to show himself and he grows angry and  says to his youngest daughter, "Your eating food like your a ten year old but your dressed like your thirty and you have too much makeup on - it's just too much,"
Then the manipulative little twit says to her mother, "Mom, how old do I have to be before I can get breast implants?" and at that point Bruce says , "Let's go" while  I'm saying to the TV screen on top of my stair-climber, "Bruce is on it !" (It was beautiful - kinda  like watching spring emerge.) Then Bruce repeats himself calmly and politely, "We are leaving, get in the car, " while Kris sits there all crest fallen and teary she says to him, "Please don't make a scene."  "Please don't do this." ( I would like to add that if Kris's daughter who isn't even 13  yet ,  had not  been dressed like a teenage hooker from a "Guns and Roses" music video there likely wouldn't have been a scene in the first place.)
After about a dozen commercials we cut away to see Kylie back at home in her bed whining and complaining in a fake cry to her mother, "Daddy doesn't like me". Kris says , "Oh honey, Daddy loves you but he's having trouble letting you grow up." The little girl responds, "But Dad grounded me." Then Kris says's, "I'll take care of it."
Then we cut away to "Mr. Folds".... and his scheming wife in their bathroom  as she begins to sweet talk him  by saying, "Bruce, honey , you've got to let her grow up, and she needs to learn how to be her own person and sometimes she may fall but we will always be there to pick her up when she does..." ( awww) "She's growing up and we have to let her."  Then we see Bruce nod his head in agreement all remorseful and WHIPPED as he says , "I guess your right" , "Fine I 'll unground Kylie" - "but I want to talk to her first." (Empty threat alert!)
So the talk goes like this..... Kylie to her dad, "Daddy, I'm growing up." Bruce replies, "I know and it's hard for your 'ol dad to watch" (I would like to add- it's also hard for me to watch)  Bruce continues, "Okay, your ungrounded but you can only wear a little eye liner for now.  "Okay Dad" , replied the child....
( But Bruce what about that busty dress with all of the kid cleavage!?! What about those heels!?! What about those implants!?! Exactly WHERE is she allowed to use that eye liner?!?! - You've left open too many variables!! Wake up man!)
*********
Clearly Mrs. Jenner is the one wearing the track shorts and tennis balls in that family.
I imagine these are the kind of people who Dr. Phil dreams about.
(ka-ching!) 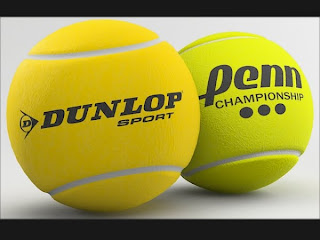 Labels: "Crazy"- isn't a new idea, Hey whatcha doing?, Your not that funny

(On the other hand, there is the Cyrus family. Billy Ray seems to be okay with his nine-year-old girl's new line of lingerie.)

No way!
Are you serious?

What has happened to the parental skank-o-meter? One thing I have learned from teenage boys is that they all have one and it is finely tuned and in perfect working order. They look at me to see if mine is working and all I have to say is beep beep.

You are right on the money, Belinda.

Miss Rachel, this story makes me sad because the children will be the ones paying the price for their parents poor judgement.

I wish the mother was concerned for their daughters , spiritual, psychological and sexual health.
(example..We're not sexual objects)

Bruce seems to be concerned for their physical health and manners proven by his table correction and he seems to be worried about how he's publicly perceived but additionally why isn't the show titled "Keeping up with the Jenner's?" Mr. K. is dead and has been out of the picture for a long time.

This story feels kind of similar to the "John the Baptist" story. I think about how manipulative the child must have been and how scheming the Queen had been as she had been able to sweet talk and trick the king into beheading John, worse yet though a young daughter.

To be honest, this kind of television programming is killing us.